Collier was born and raised in Oklahoma City. Her upbringing on the outside looked like a decent one; she attended a private school however but she did not like it. Her classmates were mean to her and when she was in her sophomore year, she was asked to leave that school. She ultimately moved to a different school and graduated.

At 19, she was pregnant with her first child and had a bad cocaine addiction. At 22, she had a cocaine overdose at a restaurant in downtown Oklahoma City. She fell and hit her head. The fall caused stroke-like symptoms, and as a result, she has two lesions in her brain and Parkinsonian Syndrome. She was in the hospital for 2 months and after she was released, she started attending New View and they referred her to DRS.

After applying for DRS services in 2008, she attended ABLE during the summer but she was depressed because her new reality was becoming more and more difficult, but she says her DRS Counselors never gave up on her and they kept calling her.

She faced more difficulties in the years to come and another drug addiction that made her progress slow, but she says that DRS was always there. Her counselors kept reaching out and encouraging her and that support meant a lot to her, because she didn’t have it from anyone else.

She went to rehab out of state and when she came back to Oklahoma, she was ready to get her life on track, so she contacted Shyreeta Hearne, her new DRS Counselor, and started the process to reapply for services. Collier enrolled in Oklahoma City Community College (OCCC) in 2017; DRS assisted her with tuition and books; her goal is to become a paralegal. She currently has a 3.4 GPA and has 2 semesters left to get her Associate’s Degree. She is now working as a Tech at the DRS Visual Services Office; she loves working there and helping other DRS clients. She is also supporting her kids and making a new life for herself and her family. 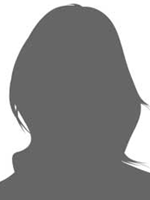 Counseling and Guidance; Tuition and Books; Information and Referral Services